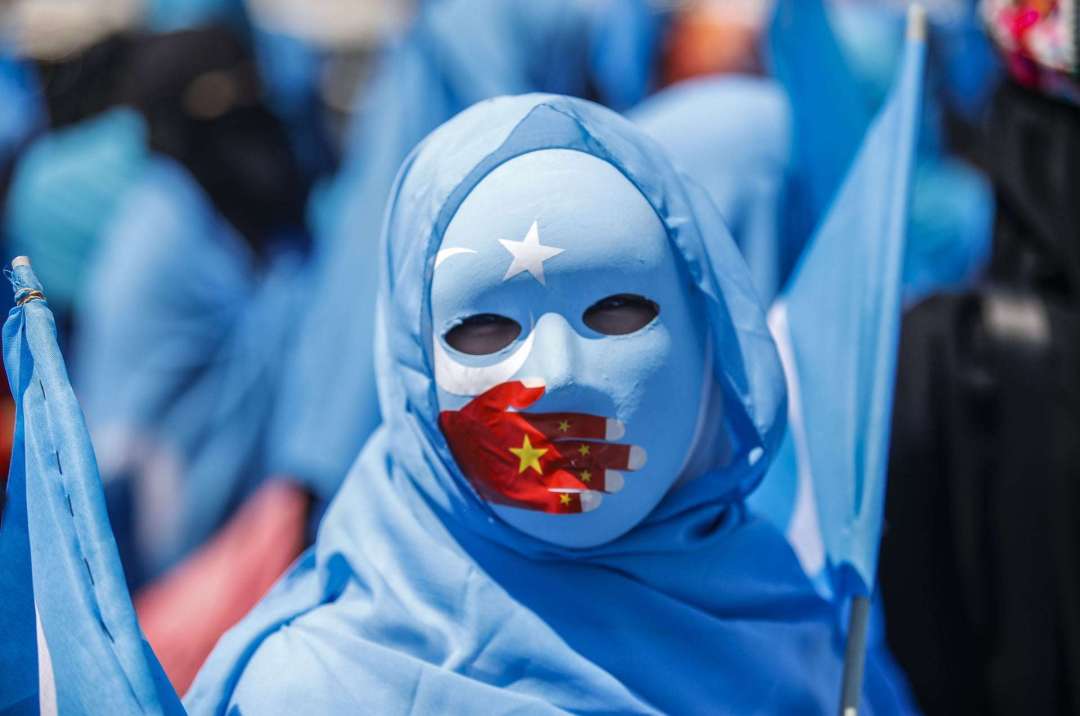 The Ethnic Cleansing of the Uyghur Muslims

This week, I’d like to share an article I wrote for my school newspaper to give you a chance to learn more about what’s happening in China right now:

The idea for the event was started by Topol Fellow John Moore (I) who came across activists that were part of the Uyghur Justice Campaign in Boston. Moore says, “I was visiting a friend in Harvard Square, and I saw Uyghur activists protesting. I pitched them the idea of them coming in [to BLS] and they were super excited about it.”

Preceding this event, the Topol Fellows created a PowerPoint displaying information about the Uyghurs, who are an ethnic minority facing discrimination by the Chinese government, on kiosks posted in the main hallways of the first and second floors.

“[The Topols] wanted to show what was happening and make the entire student body aware of what was happening in China. I think [the PowerPoints] are a great example of students caring deeply about the world around them and wanting to do something,” comments Facing History teacher Ms. Judi Freedman, who is the faculty advisor for the Topol Fellows.

The speaker event itself consisted of three speakers sharing their experiences as Uyghur refugees and the history of the issue in China, followed by a brief question and answer session.

One of the guest speakers was Samira Imin, a Research Assistant at Brigham and Women’s Hospital. She immigrated to the United States to attend college at University of Massachusetts Amherst, but her father is currently detained in an internment camp in China. She does not know where he is, and due to the severe surveillance the Chinese government has on the people of Xinjiang, her family is not able to tell her anything. She spoke about her experiences growing up in China and attending Chinese school, and the prejudice she faced from her own teachers and classmates.

The Topol Fellows hope that events like these bring greater awareness to plights abroad. Topol Fellow Morgan Frost (I) says, “People will be engaged in what you’re doing if you give them the information that they need [so that they] know what’s going on. A lot of times, they just don’t know what they don’t know.”

If you are interested in taking action to help the Uyghurs, find more information at this link!